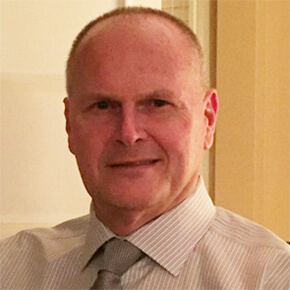 Colin Stephens has been directly involved with the packaging industry since 1977, spending 10 years with Unilever and gaining a sound knowledge of all aspects of packaging and logistics. He became the UK National Sales manager for TNT’s National Logistics division and later moved to the position of CEO for one the UK’s market leaders in Intermediate Bulk Containers.

As CEO of Flomotion Ltd, Flomotion Rental Ltd and covering the role of Sales Director for the liner manufacture ‘Peak Packaging’ for a while; Colin spent 13years at the head of the UK’s premier bag in box container manufacturer and during that time, introduced the concept to a dozen or more European countries. Having been involved with this ‘new type’ of container system since the early eighties, Colin has been instrumental in the development of a ‘good idea’ into the internationally recognised and favoured method of transporting liquid products.

Now in Canada, Colin has introduced the proven systems widely used in Europe and developed them to satisfy the contemporary needs of the North American market. The process of system innovation is ongoing and Colin ensures that Tote Solutions represents the forefront of the Logistics industry, drawing on his extensive international experience.

Tote Solutions is committed to providing efficient, economic and environmentally friendly solutions for modern logistical challenges. Through the provision of innovative packaging systems, products will be stored and transported globally, utilizing the most efficient options available. Tote Solutions will focus on producing contemporary solutions which embrace the future and reflect the needs of the environment.

Made with by Equity Web Solutions